Voting Should Be Accessible to All 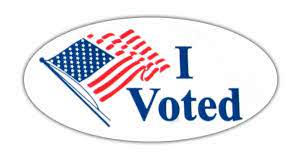 But do you really know what those sayings mean? One meaning could be that there is power in numbers. The more people that vote in an election, the more it can give people better representation, more money to everyone’s communities, and a better quality of life. If people work as a community and vote in masses, then one consequence could be our needs will be heard by politicians.

When you have a disability of any type it is much more difficult to do your civic duty and vote. Studies have shown it is more difficult to vote at a polling place if you have a disability than voters without disabilities. According to a 2013 white paper (PDF, 220kb) by Lisa Schur at Rutgers University, thirty percent of voters with disabilities polled said it was difficult to vote at a polling place in 2012; however, only eight percent of voters without disabilities said the same. While it is true that every accessibility issue would be removed from every polling place with a wave of a magic wand, there are some ways to make voting more accessible for everybody.

There are more than 35 million Americans who have disabilities who can be registered to vote. This encompasses all types of disabilities: mobility, communicative, physical and cognitive impairments. However, Lisa Schur and Douglas Kruse at Rutgers found (PDF, 275kb) that only 16 million votes were cast by people with disabilities in the 2016 general election.

Voting rights for people with disabilities

The United States Election Assistance Commission (EAC) has been working hard since its formation in 2002 with both election officials and voters with disabilities to ensure that the election process, polling places, and voting services are accessible. The EAC identified several rights you have as a voter with a disability. One of the rights it established was that voters are entitled to vote privately and independently. This is important because if you request help from a poll worker and are in a public area of the polling place, other people could overhear your conversation. You are entitled to have workers at the polling place trained to assist an individual with a disability help you vote or you can bring someone to help you vote. Personally, I have always brought someone to help me vote because I have to tell the person how I want to vote.

In addition to having privacy and a person to assist you to vote, you may request assistive technology voting aids. One option available is a switch or rotary wheel that plugs into the voting machines which allows voters who cannot use a touch screen effectively to move forward and backward through the ballot. Other system features may include a large resolution color screen with a viewable area of 117.5 square inches and an adjustable screen for voters of varying heights and physical abilities.

As an alternative to physically going to a polling place on Election Day, all states allow voters with disabilities to vote by absentee ballot. An absentee ballot is a paper which is filled out from the voter’s home or current location and submitted usually by mail before election day. Absentee voting in America goes back to the Civil War era, and every state allows this kind of voting in some form. Besides having a disability there are other reasons people can request an absentee ballot such as being over 65 or living out of state. Rules vary from state to state. However, federal law requires ballots be sent to military and overseas voters for federal elections.

Due to the Covid-19 outbreak, most states have debated whether or not to have mail-in voting. There is a difference between an absentee ballot and a mail-in ballot, although it is a very minor difference. An individual requests an absentee ballot, whereas a mail-in ballot is a ballot that is automatically sent to an individual without having to request it. Other than that, everything else is the same. However, you need to keep in mind that no matter what your state decides, vote-by-mail will always be available to people with disabilities.

All Americans have the right and duty to vote in every election, but if you are a person with a disability there may be accessibility barriers. Fortunately, there are several options to make the voting experience easier such as machines with screen readers, switches for access, and the option of voting absentee. It is important for people with disabilities to inform election officials both at the polling place of their needs, and the board of elections to work to make voting with a disability easier.

To learn more about voting with disabilities, you can visit the
following resources: