“No Dogs Allowed” and Other Hurdles Before the ADA 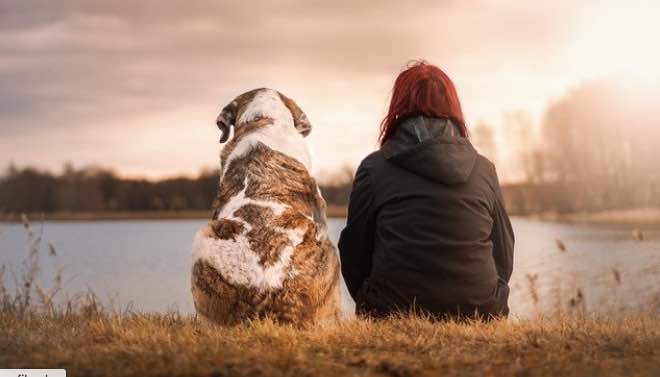 Meet Michael.  Michael is a 35-year-old man who is blind in 1989, the year before the ADA passes. Michael lives with his parents. He’s been unemployed for a while and real estate companies and apartment complexes are not obligated to rent or sell to him.  They often choose not to. He begins his day like any other, independently showering, dressing, making breakfast, and shaving. He eagerly anticipates the job interview he has this morning since he hasn’t gone on an interview in months. Michael’s last job let him go because the new supervisor didn’t think he was up to it, though he’d been doing the job for a year. 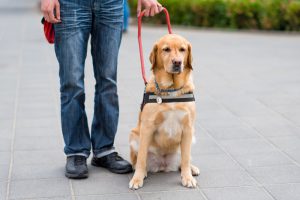 For each job he applies, Michael has to have someone fill out the paper application for him and hope the potential employer will look past his employment gaps and lack of college degree. College was impossible because no one taught Michael Braille. Michael’s mother drives him to the job interview because it’s too far to walk and cabs won’t accept his guide dog. The front desk stops him because animals aren’t allowed in the building, though Beau is clearly a trained service dog. After they grudgingly permit him to pass, he finds his way through the building, asking for assistance with unmarked elevator buttons. After an awkward pause at the correct office, he takes a seat.

The interview goes well, and  Michael receives a job offer. But the job he is offered is not as an assistant in the customer support department, the position he applied for and for which he has some experience. Instead, he’s offered a job as a receptionist, tasked with answering phones and little else. Michael graciously accepts. The job pays considerably less than the one he applied for but he’s happy to finally have found employment.

Michael and his parents decide to go to dinner to celebrate. He calls to make a reservation at a new restaurant he’s been wanting to try.  Upon arrival, Michael discovers that his service dog isn’t welcome.  It’s still a good day for him.

On July 26th, 2020, we celebrate the 30th anniversary of the passing of the Americans with Disabilities Act. This landmark ruling guaranteed people with disabilities the right to live, work, shop, and enjoy society without barriers. By persevering to make their voices heard, people with disabilities and their advocates have made these rights into law. Much has changed in the 30 years since the ADA guaranteed these rights,  but advocates and lawmakers still have work to do.

The first mission the ADA accomplished was to prohibit employers from discriminating against employees based on their disability. This included firing or failing to hire someone solely based on the presence of their disability. The hiring process must also be made accessible, providing Braille or otherwise accessible application forms, conducting interviews in accessible conference rooms, or modifying tests so everyone can complete them. Current employees with disabilities also needed to receive accommodations they might need, such as software to magnify text on a computer screen, a workspace on the first floor if an elevator is unavailable, adjustable work schedules, or providing sign language interpreters.

Equality in the basic necessities: education, housing, and transportation

While the Rehabilitation Act of 1973 prohibited the federal government from discriminating based on disability, the ADA made discrimination illegal on the state and local levels as well. This includes any organization that receives funding from the state and local governments, such as schools, transportation, and public housing. Organizations must make education, transportation, and housing accessible by providing accommodations. That includes alternative document and test formats, wheelchair ramps and lifts, and accessible bathrooms. This helps level the playing field, ensuring people with disabilities have access to an education, a way to get to and from school and work, and a place to live.

People with disabilities, like Michael, want to be able to live independently. Michael has no problem maneuvering through his house, making meals, or otherwise caring for himself. He is perfectly capable of living on his own, but real estate companies and apartments hesitate to sell or rent to him. Simply having a disability was reason enough to deny someone housing before the ADA.

One of the broadest-reaching ADA applications is the prohibition of discrimination in public accommodations. It includes just about anyplace that is open to the public. Restaurants, movie theaters, hotels, banks, malls, grocery stores, and many other places of business must allow all people, to make use of their products and services. Everyone must be able to use and enjoy physical business locations. Businesses must provide automatic doors in grocery stores, accessible bathrooms in malls, audio descriptions of works of art in museums, Braille menus at restaurants, and lower countertops at checkout points. They must allow service animals with their owners, even if other laws prohibit animals in the space (like in restaurants).

We’ve got a long way to go

In 2020, Michael’s day looks much different. He hasn’t been denied an education, and with diligence on the part of his parents, he has been taught Braille. He has many more opportunities for work and his manager can’t fire him just for having a disability. Each day, Michael and Beau can request an Uber from his smartphone to get from his apartment to work. Michael’s guide dog is welcome at his office. He completes his work successfully thanks to his screen reading software and connected Braille display. He easily books a table for dinner with his parents to celebrate his recent promotion, though he has to choose a restaurant that has an accessible online booking system.

However, Michael still has trouble voting independently and accessing many online documents and websites. He still occasionally faces barriers to transportation and is sometimes denied entrance to cabs, rideshares, and public spaces.

Sharing the civic duty to vote

While people with disabilities can vote, they often don’t experience the same privacy and sense of community as other voters. Most polling locations offer accessible voting machines; they’re mandated to do so by the ADA. However, the polling place itself may be inaccessible. Voters may need to take stairs to get to a school gym or church basement where voting is taking place. If voters with disabilities can’t enter a polling place, a volunteer may assist the voter if they haven’t brought someone along to help. Either way, the voter loses his or her right to vote independently.

Having to rely on someone else to choose candidates or cast the ballot leaves voters susceptible to intimidation or embarrassment. It excludes them from the communal sense of civic responsibility by casting their ballots at a physical polling location. If they can enter the polling place, the accessible voting machines may be powered off or otherwise nonfunctional, often because polling place volunteers haven’t been well trained on how to use it. 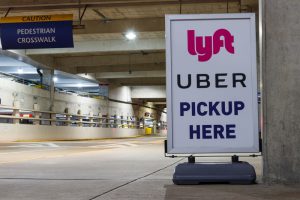 While the ADA covers most transportation in some way, state-funded public transportation offers more accessibility. More convenient options like rideshare services often fail to offer enough accessible options. While both Uber and Lyft offer WAVs (Wheelchair-Accessible Vehicles), there often aren’t enough to accommodate the number of rider requests. In New York, only half of riders requesting WAVs from Uber got a ride, and often had to wait as much as three times as long for the vehicle to arrive. The subways, another staple for big-city dwellers, might have accessible trains. However, only 25% of subway platforms in New York were wheelchair accessible. Often ride shares will deny entry or cancel rides to blind riders with guide dogs.

When President Bush signed the ADA into law, the internet was in its infancy. The creators of the ADA couldn’t have foreseen that websites and other digital resources would become essential to the way business would be conducted just 30 years later. Consequently, the ADA doesn’t say much about the need for digital resources to be accessible. But now, in the year 2020, work, school, shopping, and entertainment often take place online, even more so now because of the Coronavirus pandemic. Many local and circuit courts now consider websites to be places of public accommodations like their brick-and-mortar counterparts. Other courts view websites as extensions of or services offered by physical places of public accommodation, which fall under the ADA as well.

But the most obvious omission is any kind of regulation set by the Department of Justice. They’ve chosen to stay silent on the subject, leaving lower courts to make their own decisions. However, Domino’s Pizza recently brought their case to the Supreme Court, asking them to overturn a lower court’s ruling that their app needed to be accessible under the ADA. The Supreme Court refused to review the case, indicating that they didn’t disagree with the lower court’s decision.

The struggle for Civil Rights is ongoing, and it includes people with disabilities

The ADA has helped people with disabilities achieve freedoms the rest of society achieved hundreds of years prior. Many basic American fundamentals such as housing, education, and transportation are now within reach for everyone. That helps to bring personal and professional success into reach for people with disabilities. However, despite the fact that disability rights have expanded by leaps and bounds over the last 30 years, advocates have more work to do. Let’s work towards another 30 years of progress!